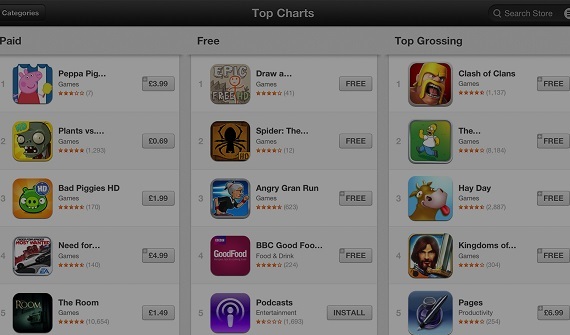 Draw a Stickman Epic has huge success in App Stores!

After the release of Draw a Stickman Epic on all major app platforms, the interactive game and adventure has seen enormous success. Within one month, Epic has seen 664,725 downloads across the Apple App Store, Android, Amazon, Windows 8 and Google Play. Additionally, the free version of the app was ranked number one in the United Kingdom, Australia, Ireland and New Zealand in the App Store. Not only was this number one ranking a huge honor, Epic was the highest rated App on the Windows 8 platform.

Draw a Stickman Epic is a creative game where players begin by drawing a stickman. The stickman comes to life and players guide him through a fantastic world. Using an assortment of pencils, players draw elements, tools, and weapons to solve puzzles and overcome obstacles. Draw a Stickman Epic combines adventure, puzzle, action, and creative thinking.

The successes keep growing as the Stickman team within Hitcents is working on more creative adventures, translating the app to be available in twelve different languages and discussing the vision and development tools used to build Epic on various podcasts and interviews.