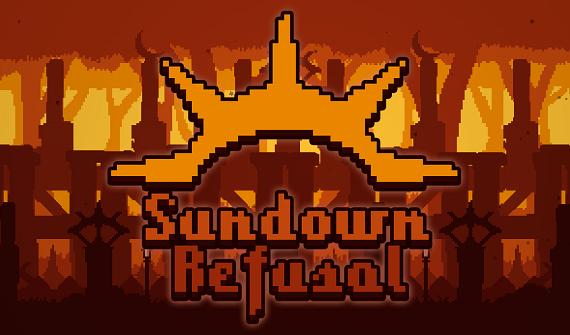 Andy Mark & Loeder are working together on Sundown Refusal, an action-platformer rich in lore, challenge, and replayability! Today, we're proud to officially announce that we've teamed with the duo to help bring their game to Nintendo Switch and Steam.

Andy Mark, handling game design, visuals, and programming, is eager for Sundown Refusal to provide a hybrid experience which no other game has yet to achieve. Inspired by the difficulty of Hollow Knight and Dark Souls, the freedom of movement in Super Mario Odyssey, and world structure of the Kirby series, Andy sees Sundown Refusal as an experience with layers stacked on top and underneath the requisite run-and-jump. "Sundown started years ago as my first real programming experience with GameMaker Studio 2, just testing myself with what I had learned. I toiled on other projects at different points, but Sundown kept pulling me back. With it, I hope to give a replayable, exploratory experience. Each playthrough will provide something more to learn about the world, how it functions, character motivations... it will be something more."

Loeder, whose original content and 8-bit restylings have earned him millions of views on YouTube, is taking the lead on audio design for the title. On his personal channel, he'll be previewing many of the tracks he's composing for the game. "It is definitely a challenge to come up with something distinct and memorable... but Sundown is already so unique and evocative in its own way. It's conducive to good work, I think. When I put a piece together, I can tell what fits and what doesn't. And being able to preview to an audience really helps; feedback like that is crucial."

While still very early in development, and we can share only a scant few details, Sundown Refusal does promise to deliver generous amounts of lore. As the spirits of sunlight and darkness wage their eternal war, so too does the celestial cycle continue. That is, until one day, the Sun refuses to yield his seat. With unending amounts of sunlight, plants of the forest grow at an unsustainable rate and creatures begin to go mad. In a final attempt to restore balance, the Moon creates you, the last Spirit of Darkness, to defeat the Sunlight Plague and force the Sun to set. What more will you discover along the way? 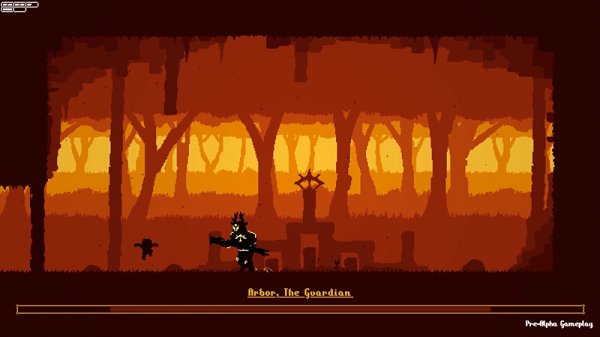 You can stay up-to-date on all the new features, previews, and more by following @SundownRefusal and @Hitcents! We also have a playable demo on Dropbox!