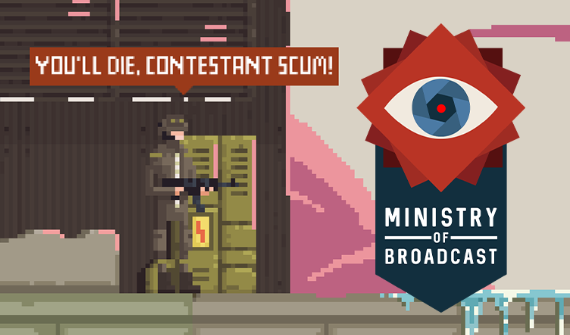 Hooray! Today, we are releasing Ministry of Broadcast into the world! It’s been a long time coming, and the dev team has done an amazing job in combining fake news, the absurdity of reality TV, and strong Orwellian vibes into a narrative-driven 2D cinematic platformer. Johnny Cullen from PlayDiaries said it best: “Ministry of Broadcast is very much the perfect game in the times we find ourselves in: finding ourselves in the void and unable to do nothing about it so we just laugh and scream in absurd despair.”

Check out our new trailer!

You can read more about the game below, or if you're feeling frisky just go straight to Steam or GOG and GRAB IT NOW AT A DISCOUNT THIS WEEK ONLY.

About Ministry of Broadcast

The Wall divides both a country in two, and a man from his family. To see them again, our ginger-haired protagonist must become a contestant on “The Wall Show”, a Regime-organized reality TV show allowing competitors the opportunity to escape to freedom on the other side. However, progressing from day-to-day, the contestant soon realizes exactly how the Regime and the show operate. To reach freedom and family, you must lead the protagonist through each of the Arenas while under the ever-watchful lens of the Regime. Encounter the requisite variety of hazardous, dilapidated obstacles (leg-shattering drops, flaming barrels of garbage, inconveniently placed spike pits, hanging steel beams) along the way, but bear in mind: the promise of freedom is not exactly what it seems. The realization that truth is interpreted by those who would share it hangs heavy on your mind. What, or who, do you sacrifice? 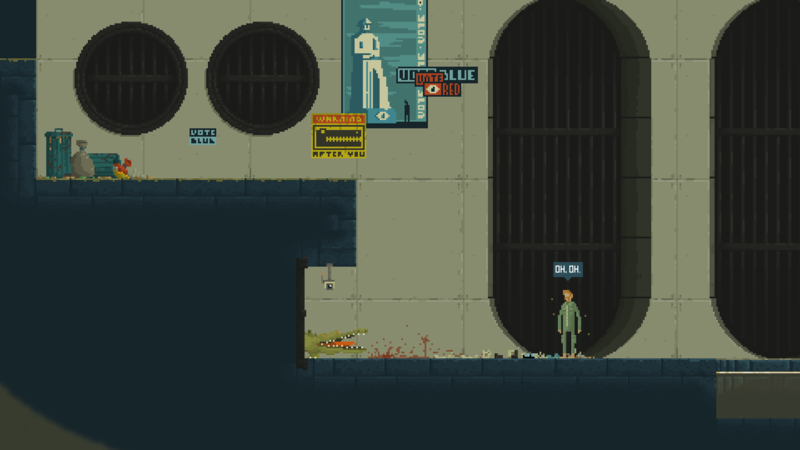 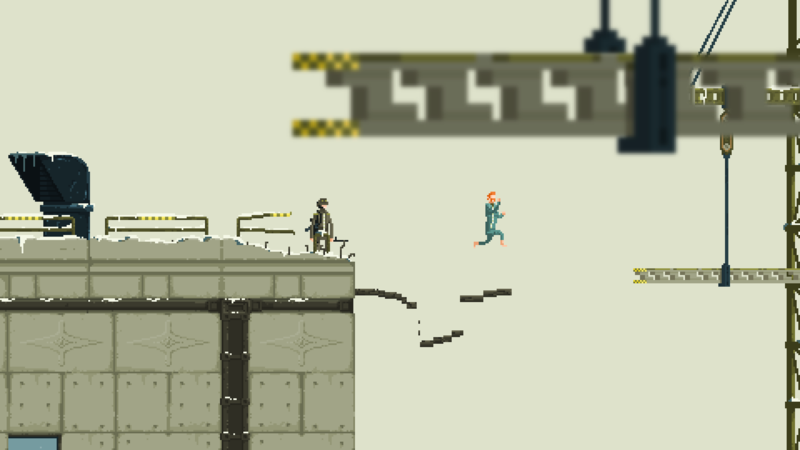