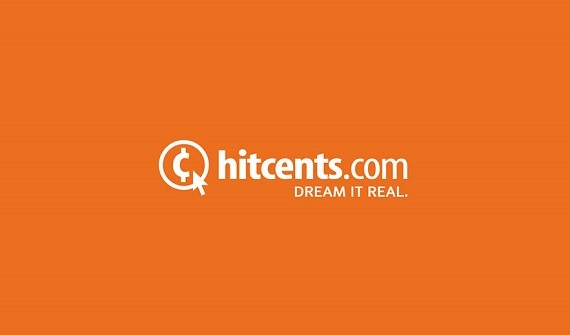 Call it twin power or sheer will and determination, but Chris and Clinton Mills, 33, are now nearly two decades into running a successful business –at an age when many of their peers are just starting to gather steam with ventures.

"We were sophomores in high school and we were looking at doing something for fun," said Chris Mills, the president of Hitcents." It was never about making money or even about starting a business. It was just, here's a new thing happening with the Internet when it comes to marketing, and we had the skill set to build a website to do it."

They sat down to do a proof of concept and came up with their Bowling Green based web design firm Hitcents almost immediately. Not bad for twins who fight hard.

"It only took us four days," he remembered. "There were a few technological gaps we had to make sure we could bridge, but it happened very, very quickly. Our name: We were, at the time, before the dot-com crash, doing cost-per-clicks marketing and getting paid per hit."

It's funny that people so at odds with each other could accelerate together so quickly.

"We were the worst enemies, and we had totally different friends," Mills recalled. "We didn't like each other and fought all the time, even fist fights. This was a common ground for us, programming. It brought us together."

He said his parents were excited that they had something to bond over together. In fact, the twins have been very close ever since and now consider themselves best friends.

"If you can have a business with a friend or family member, as long as you don't keep it personal or take it personal, it can work," Mills said. "We'll get in a big argument about a business decision, and it might create a screaming match between us, but we'll get dinner later. We never take the arguments personal and realize we are each trying to do the best for the company. It's worked out really well."

Something that usually works out really well, but not always, is the fact that the Mills brothers' high-tech business is based in Bowling Green. Mills said there is constant pressure to move the company and recruiting enough talent can be difficult.

"It comes up every time in almost every conversation," Mills said. "The first thing they ask is, ‘Do they have power there?!' It comes up every time. We use the argument (that) we're geographically located in the middle of the country. It's easy for us to get to California.

"Our dad worked for General Motors in the Bowling Green plant. We're a product of where we are." Mills said Hitcents has moved a lot of people to Bowling Green, but the process is tough.

"It's not like being in San Francisco or Los Angeles where you can get 25 overly qualified candidates for a position," he said. "We have an office in Shanghai (China), and we will have 500 qualified applicants there. Here we put out a job opening, and it's hard to get someone."

Hitcents has a total of 70 employees around the world, with offices in Los Angeles, San Francisco, and Shanghai. Mills said they have also been spending a lot of time in India also.

Their firm specializes in web development, app development, gaming, marketing and branding. While it looks like many other online companies, Mills said, "One of the unique things we do is really focus on partnerships with our clients. It's not a traditional hire-us-to-do-things; we like to have some sort of partnership with the builds we get into."

He said they used to be more focused on following the money, but they weren't happy with the results and weren't having successful projects. The change in approach paid off, however, and Hitcents even recently partnered with Tom Hanks for project called Hanx Writer.

The domestic and international success has come with hard work and a bit of luck.

"There was never a grand scheme, and unfortunately there's still not a grand scheme," Mills said. "We enjoy what we do every day and we have the goals and things, but there's not some overall arching thing. For us, if we're enjoying what we are doing then those things aren't that important.

Enjoying what he does is key, and it's the advice he gives to young people searching for their golden ticket.

"I feel like the answer may be what people hear over and over again, but it's so important to me that you have to do what you love," he said. "Whatever your career path is; whether it's graduating and going through the education system, whatever it is, do something you love to do, that every day you're happy to come to work. Money is not going to buy happiness, and you're going to spend 75 percent of your life working."

Both of the Mills brothers are married with young children. Being so successful so young has afforded Mills the chance to dream realistically of a "second act" career.