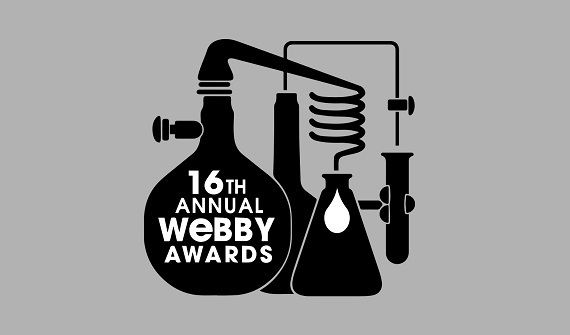 Hitcents, the agency behind the Draw a Stickman success, is a Kentucky based interactive and creative agency providing custom web design, innovative software development, creative graphic and marketing solutions.

This year, over 1.25 million votes were cast by people around the world for their favorite sites, videos, ads, and mobile sites and apps in The Webby People’s Voice Awards.

Hitcents will be honored at the star-studded, live online broadcast of The Webby Awards from New York City’s Hammerstein Ballroom on Monday, May 21, 2012. The following day, fans will be able to watch The Webby Awards, including Hitcents’ 5-word speech, at www.webbyawards.com and The Webby Awards Facebook page at www.facebook.com/TheWebbyAwards.

Hitcents launched Draw a Stickman: Episode 2 (http://www.drawastickman.com) on March 9th at the SXSW conference. Episode 2 was the long-awaited sequel to the wildly popular Draw a Stickman website that was launched in September the year before. The first episode allowed users to draw a stickman, watch him come to life and then guide him through an interactive adventure. Before the release of Episode 2, drawastickman.com had received over 50 million hits in less than 6 months.

"The Webby Awards honors the very best of the Internet," said David-Michel Davies, Executive Director of the Webby Awards. Hitcents’ achievement is a testament to the skill, ingenuity and vision of its creators."

"Winning three Webby Awards is an exceptional honor. Being included in these categories with the best interactive talent around is truly outstanding," said Chris Nation, Creative Director at Hitcents.

Additionally, Phil Williams, Senior Lead Developer on the Stickman project commented, ""To win three awards of this magnitude is so exciting that it feels a little unreal. It's an incredible milestone for Hitcents."