Do you remember what they say when someone dies here?
They “go home”.
They reunite with their loved ones in their warm home, in the hereafter...
Like Mom and Dad now. I miss them. I miss our warm home.
But I don't want both of us to die to get there.
At least this time, I want a warm family night.
Not just a bunch of cold money in the morning.
Can you do this, Brother? Just once?

Rendezvous is a 2.5D cyber-noir pixel art action-puzzle adventure game of family, betrayal, and dangerous secrets set against the backdrop of Bay City and Neo-Surabaya.

The story follows Setyo, a former criminal agent now living a mundane life as a security technician in Bay City. When an old companion turns up one evening at the local bar and reveals Setyo's sister is working with the most dangerous Cyberrunner group in Neo-Surabaya, Setyo realizes he must face his own sins and return to save what's left of his family. Can he save his sister from her future? And can he save himself from his past?

Immerse yourself in Neo-Surabaya, a futuristic version of the real-world city in Indonesia. Explore the network of streets and encounter preman thugs out to make a quick buck, shady cybernetic workshops using cannibalized parts, cyberrunner gangs, and more -- all of which is in the midst of a collision between technological advancement that has overtaken the city and remnants of the old world trying to adapt to a brutal, unforgiving future.

Graphics
A stunning combination of 2D hand-drawn pixel art in a 2.5D world, melded with modern effects such as dynamic lighting and bloom to bring depth and life to the city around you.

Exploration
Multiple paths lead to items, objects of interest, and tools that help you find your sister — and many secrets along the way!

Puzzles
Gather clues and use everything you know to solve challenges that stand in your path to redemption.

Stealth and Combat
For the risk-averse, sneak around threats... or directly confront them with the (sometimes improvised) weapons available. 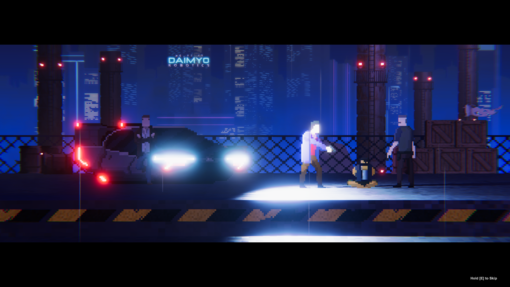 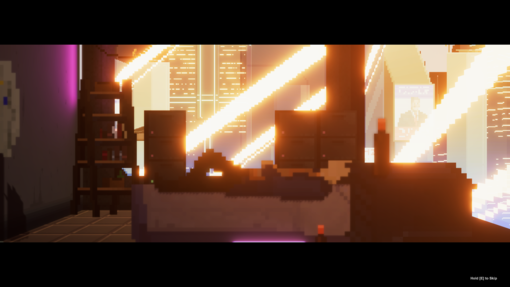 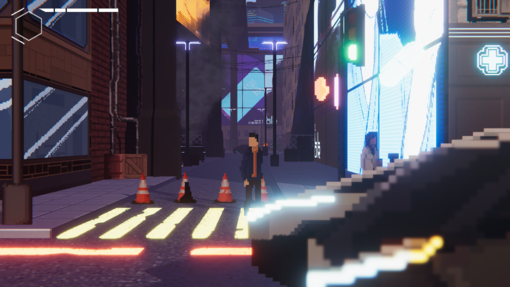 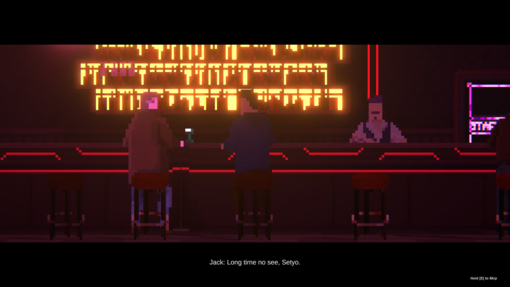 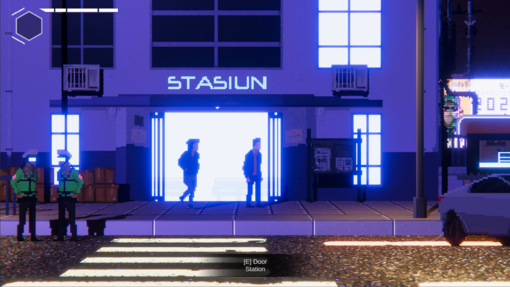 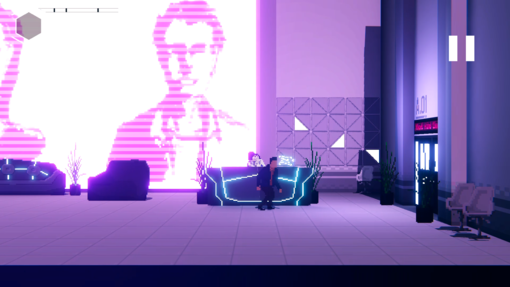 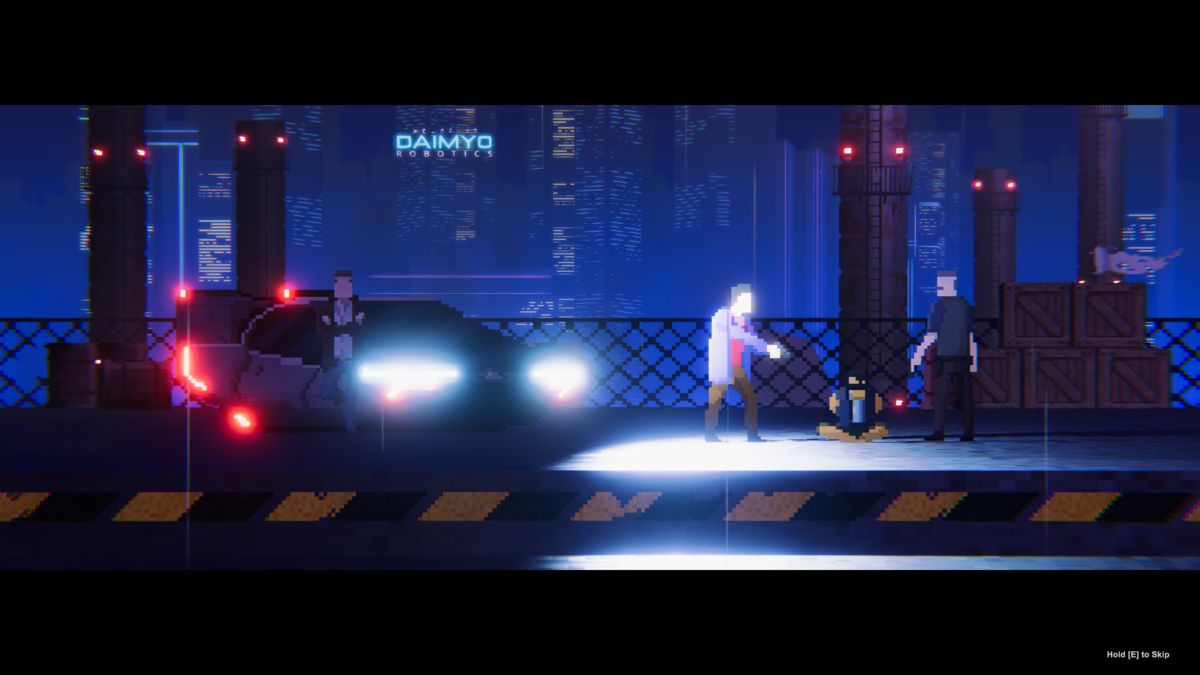 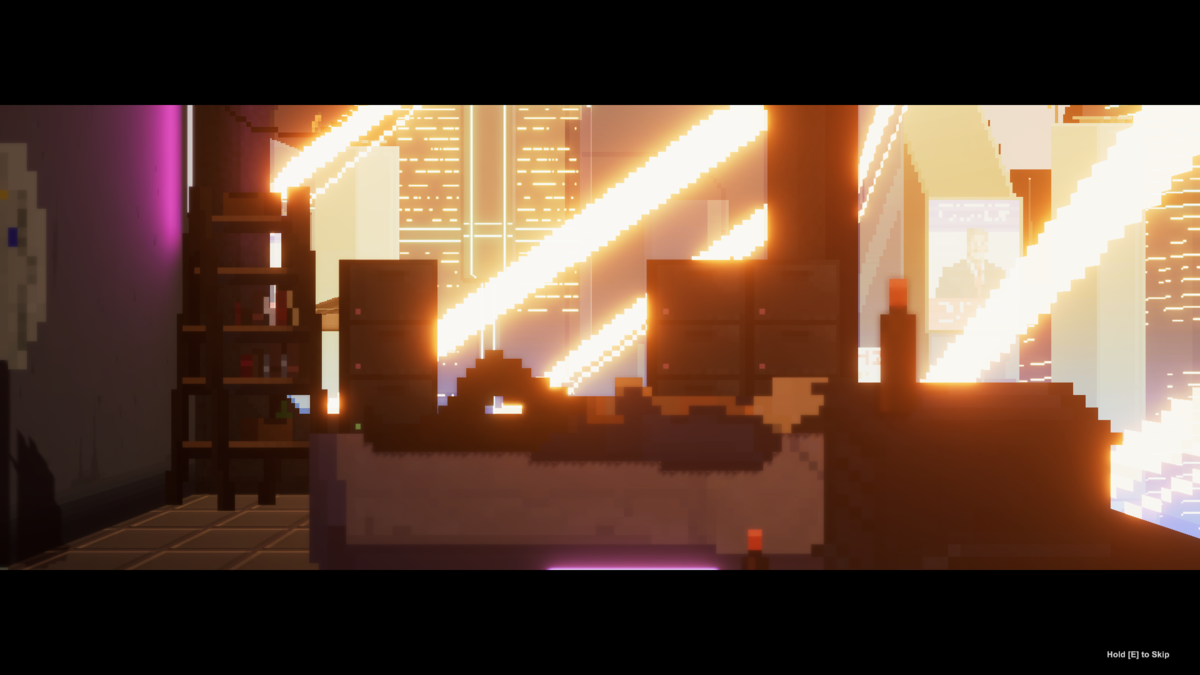 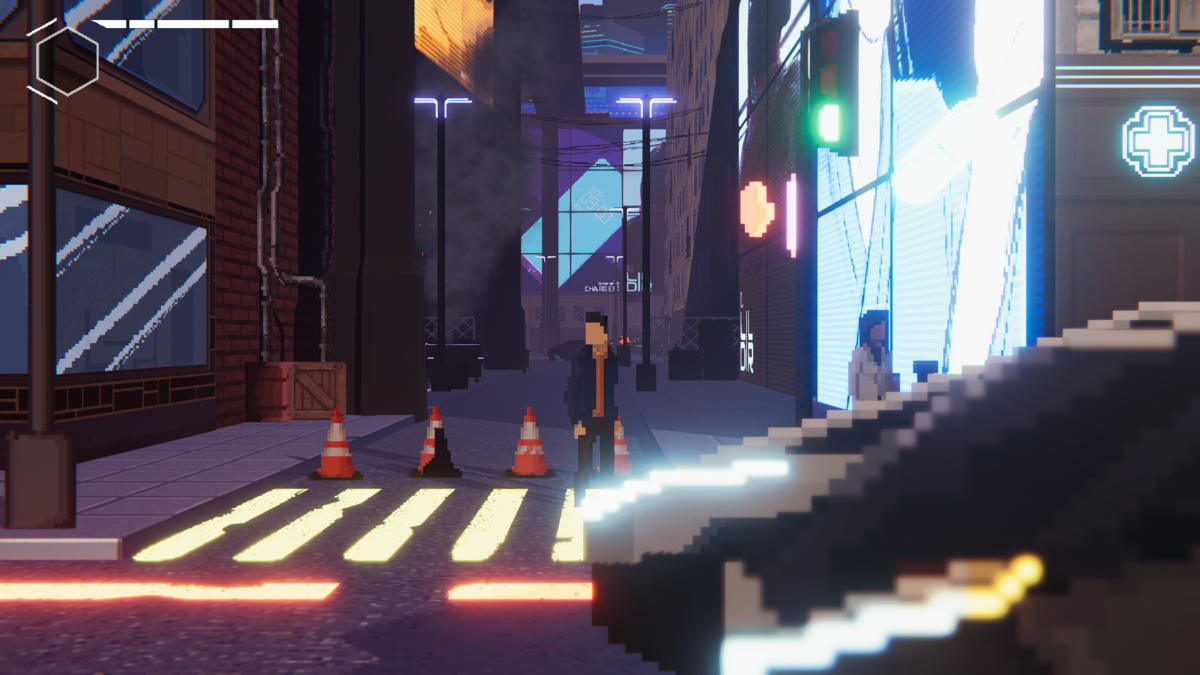 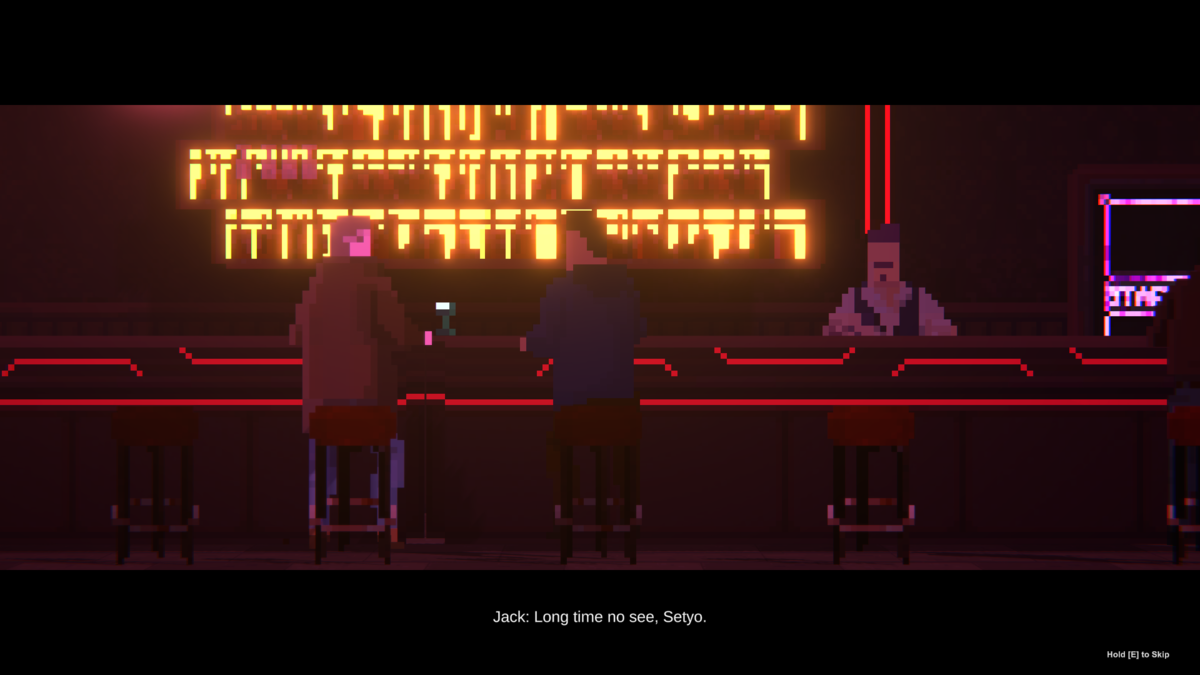 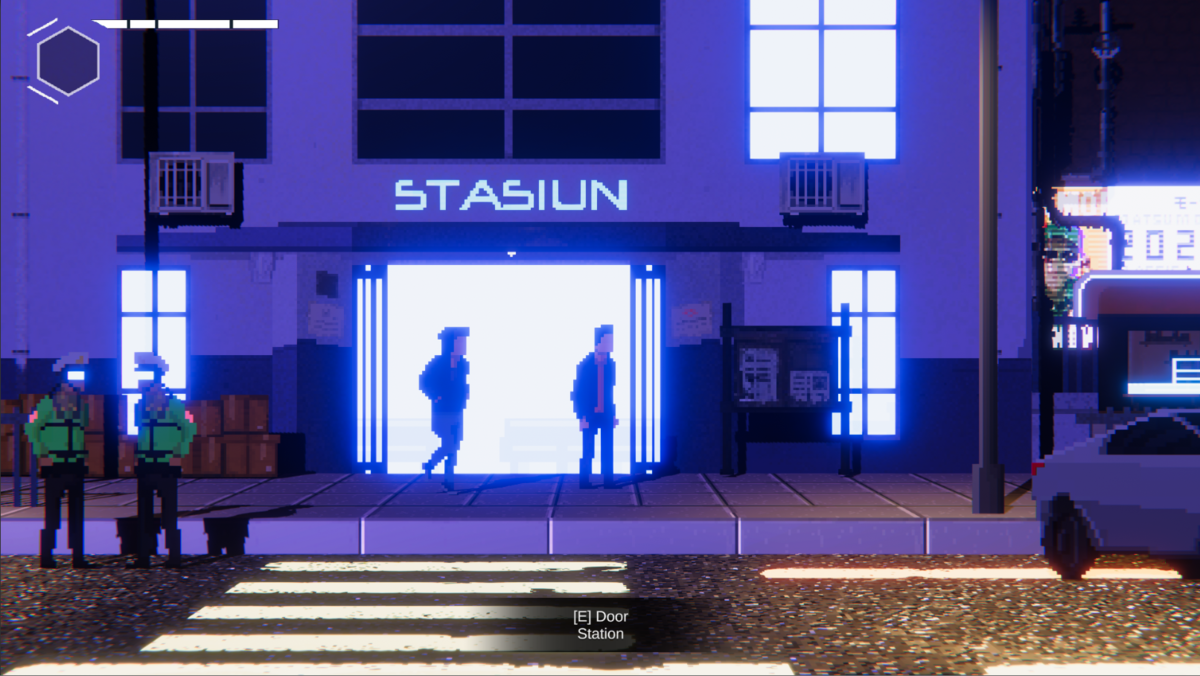 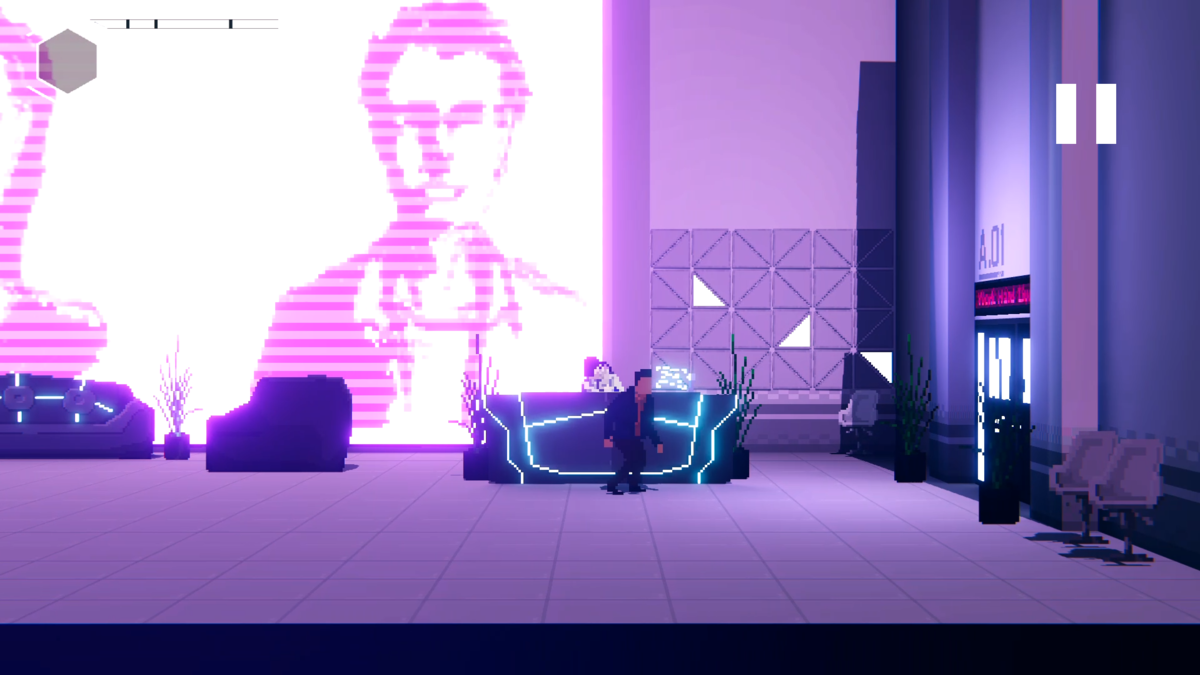