A country divided by The Wall. To cross it and reach your family, you must compete on - and win - a reality TV show broadcast by the Regime. Ministry of Broadcast is a narrative-driven single player cinematic platformer mixing Orwell’s 1984 with modern reality TV. Rife with dark humor, sarcastic quips, and a general absurdity of the system.

Seemingly built overnight, The Wall has divided both a country in two and a man from his family. To see them again, our ginger-haired protagonist has decided to become a contestant on “The Wall Show”, a Regime-organized TV show allowing competitors the opportunity to escape to freedom on the other side. However, as he progresses through the camp, our contestant soon realizes exactly how the Regime and the show operate. The promise of freedom is not exactly what it seems.

Inspired by games such as Prince of Persia (1989) and Oddworld: Abe’s Exoddus, Ministry of Broadcast revives the spirit of classic cinematic platformers where players need nimble run-and-jump reflexes as well as a healthy aversion to falling from precarious heights. To reach freedom and family, you must lead the protagonist through each of the Arenas while under the ever-watchful mechanical eye of the Regime. The variety of hazardous, dilapidated environments hold an array of obstacles for you to manage—leg-shattering drops (scared of heights?), flaming barrels of garbage (extra-smelly, extra-flamey), inconveniently-placed spike pits (of course), hanging steel beams (so much rust)—but none of this is to speak of the fates of those you meet along the way.

MoB, the team behind Ministry of Broadcast, consider themselves masters of dark depravity and debonair humor. Located in the Czech Republic, this tight-knit group collaborates on the narrative, level design, and game mechanics. Individually, Sanja and Dušan Čežek spearhead the art design while Petr Škorňok and Petr Melicherík handle development. 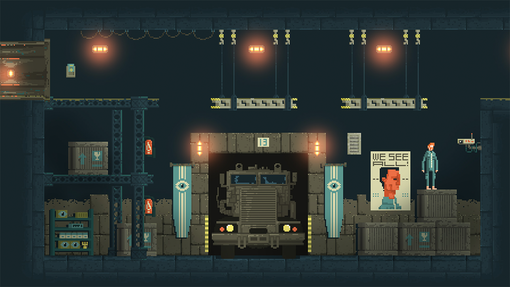 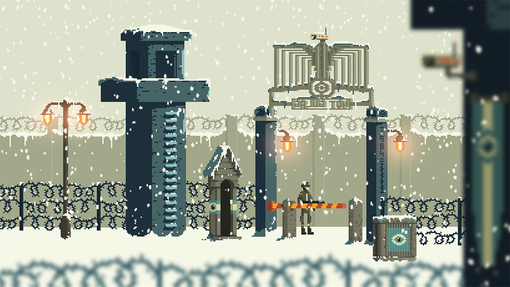 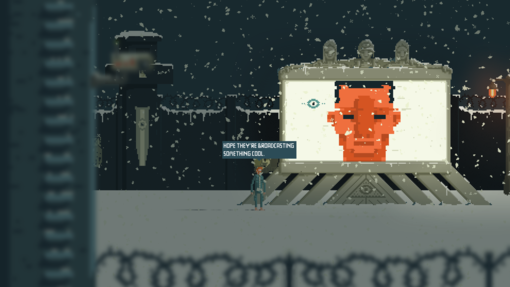 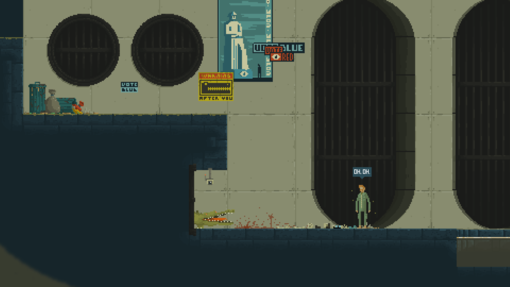 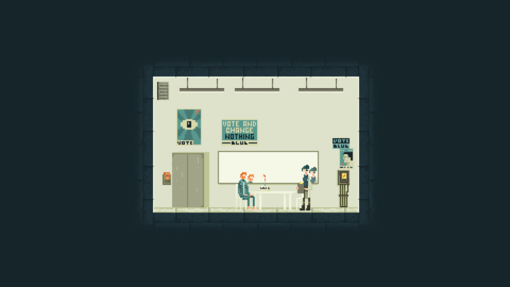 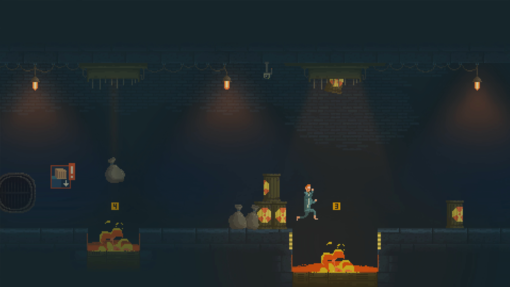 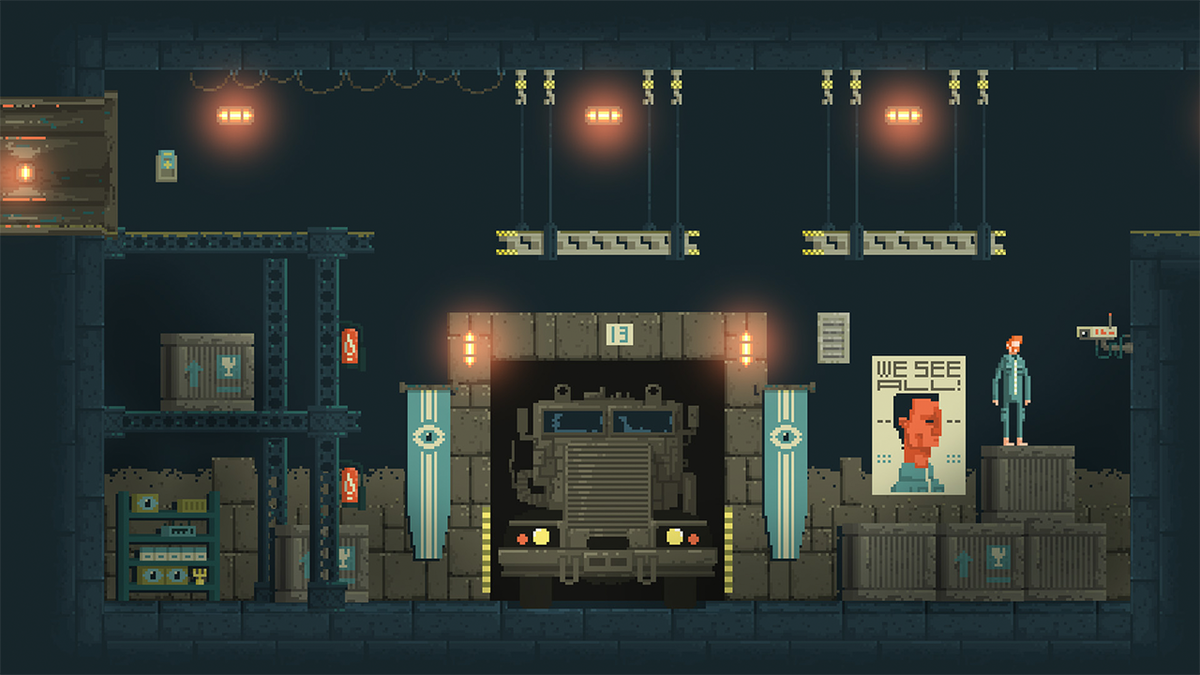 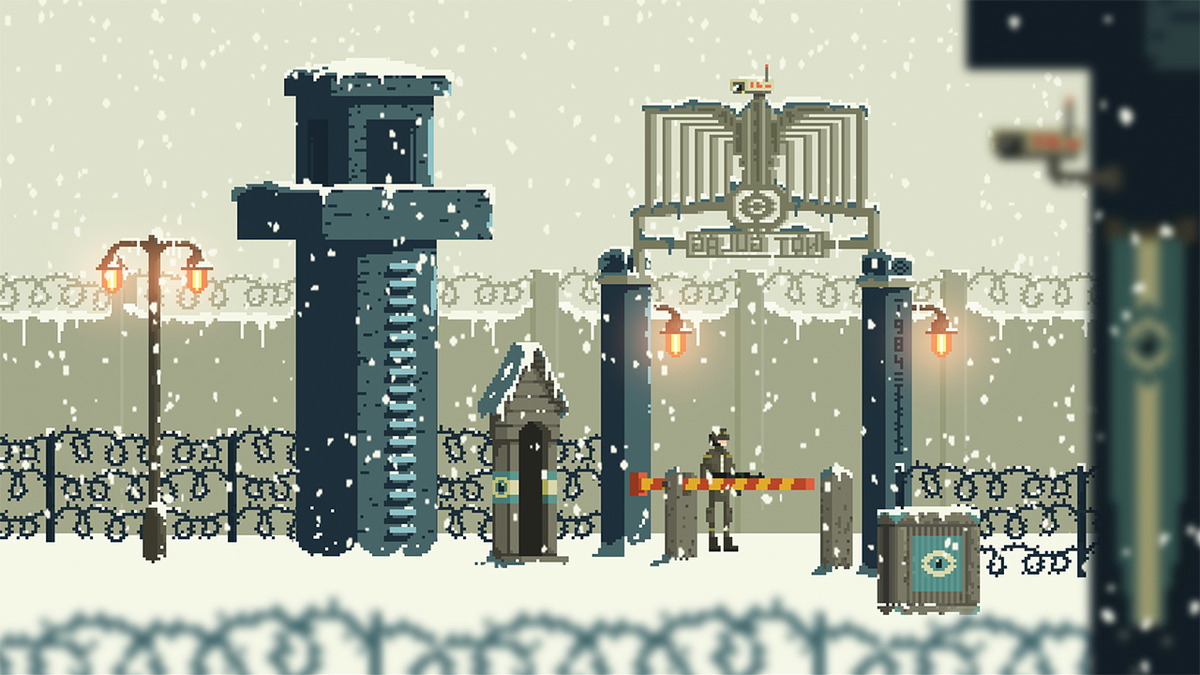 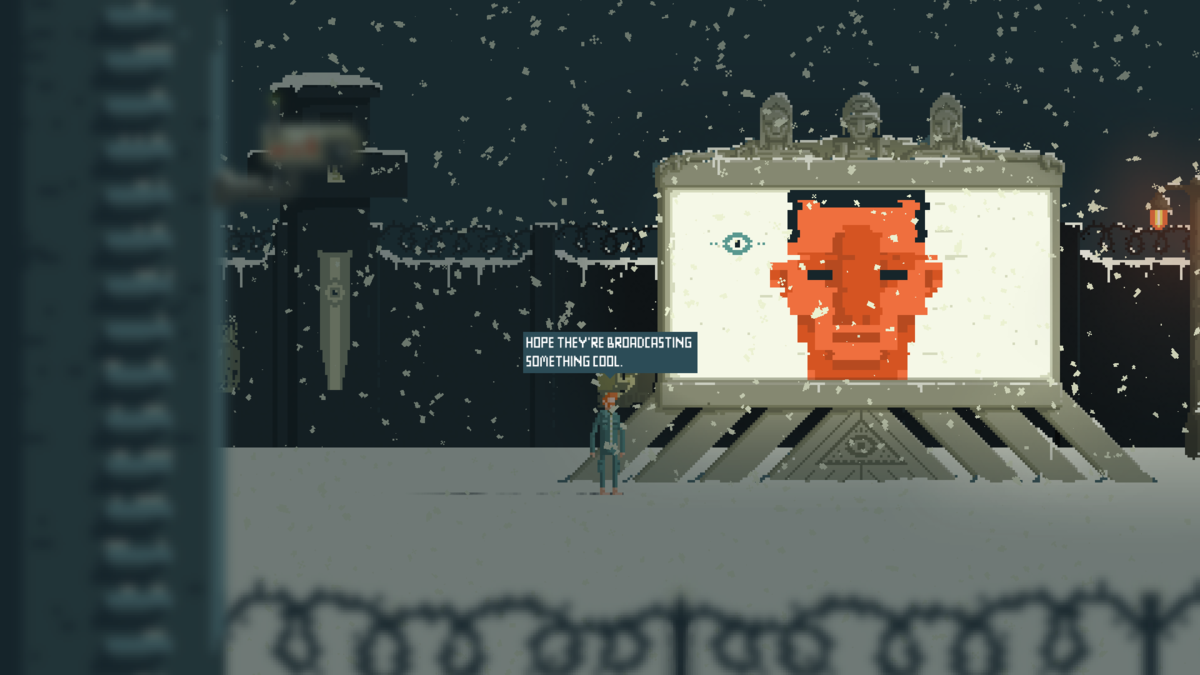 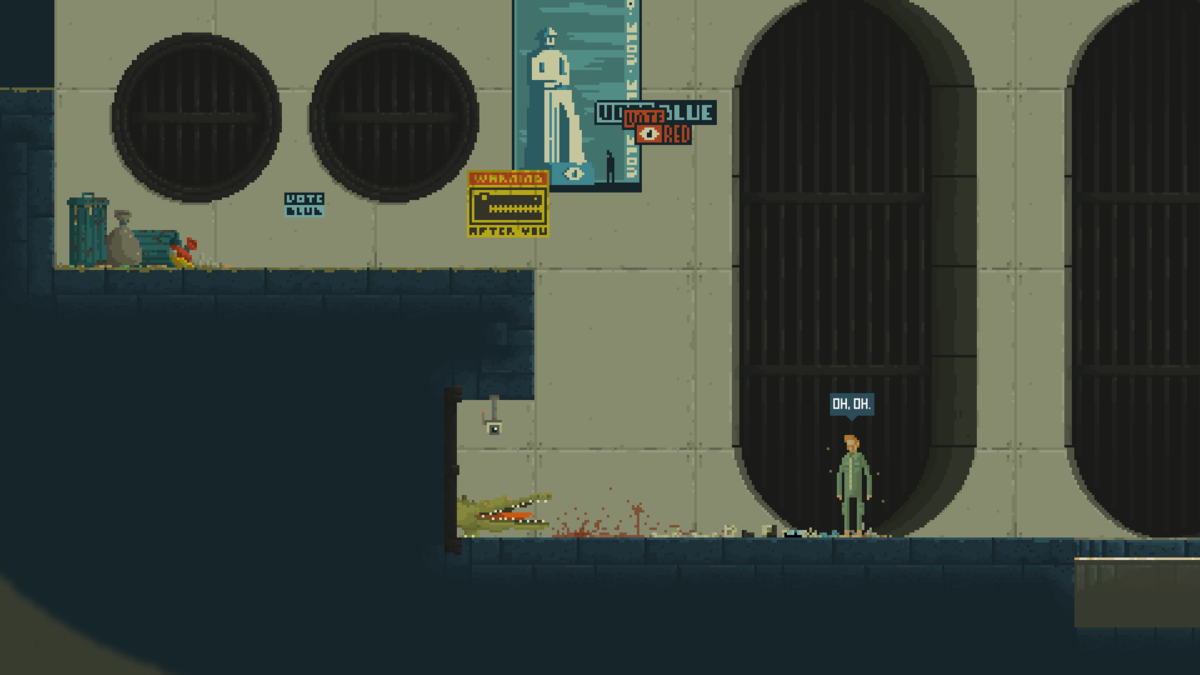 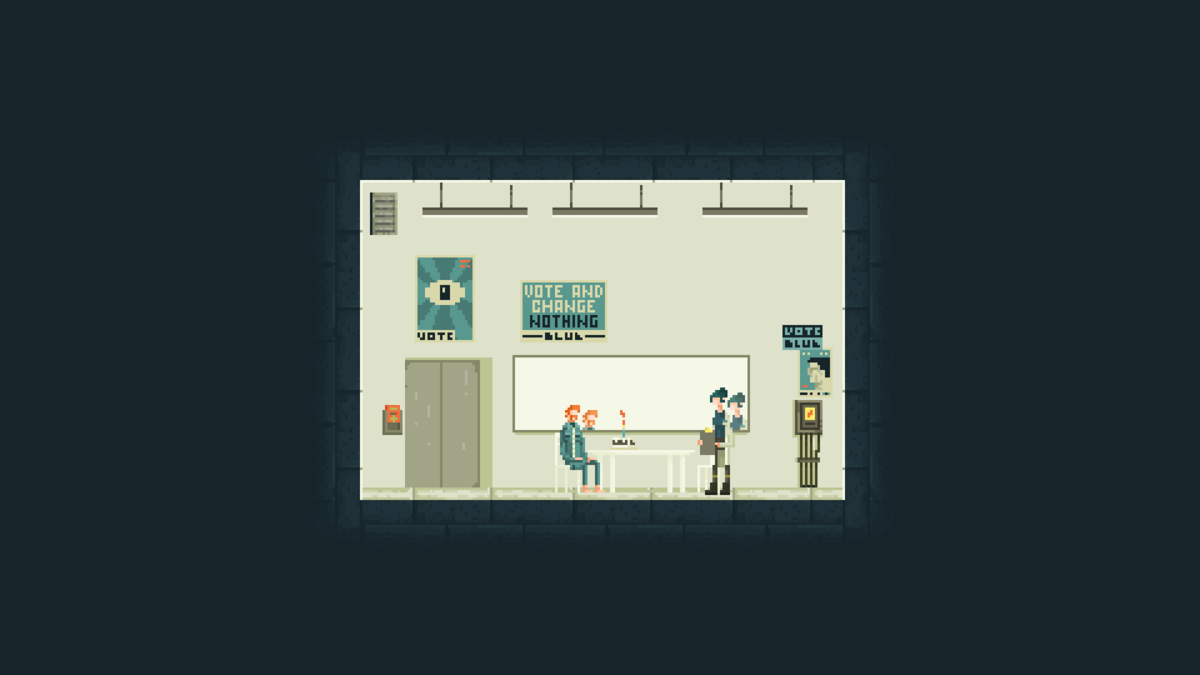 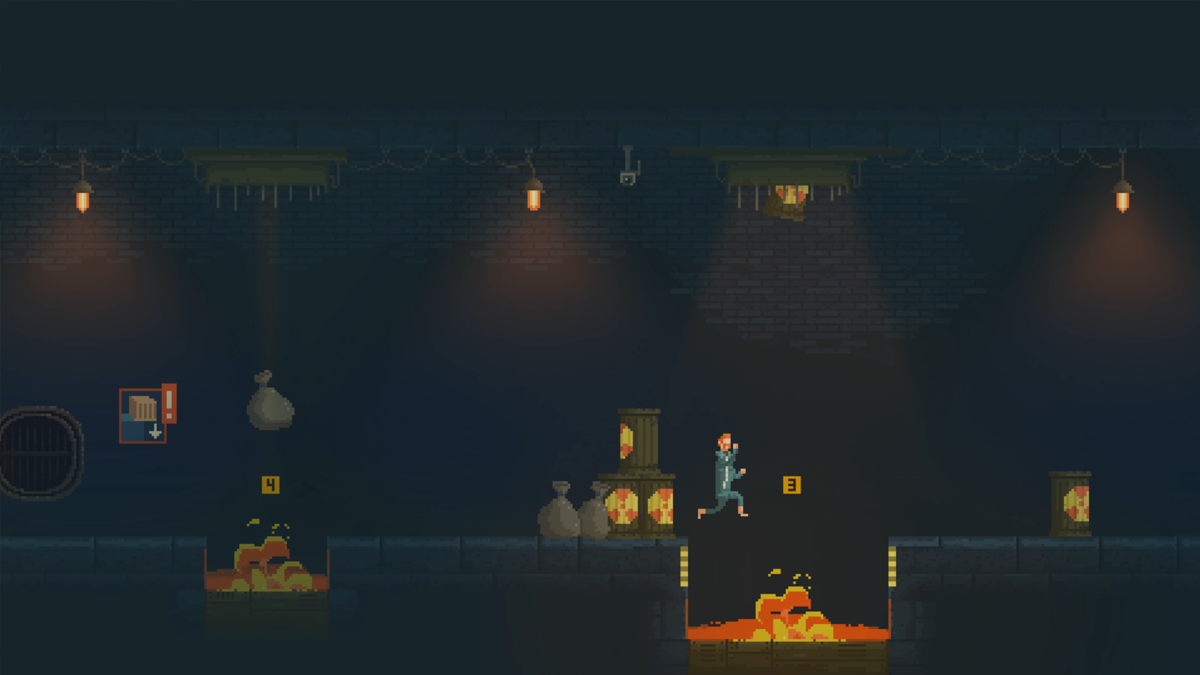