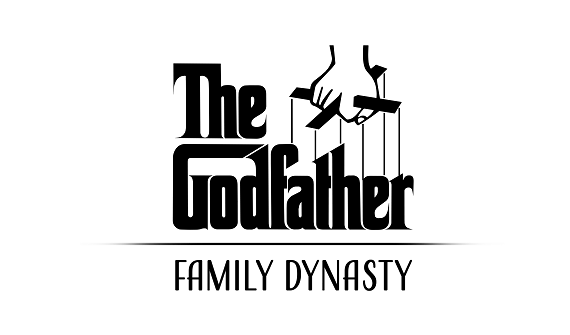 Leading mobile games publisher Hitcents, in collaboration with Feelingtouch Games and under license from Paramount Licensing, released The Godfather: Family Dynasty mobile game today. This marks the first free-to-play strategy game based on Paramount Pictures’ iconic franchise to be released on mobile platforms. Hitcents, based in Kentucky, and FT Games, based in Hangzhou, China, co-developed the mobile game and will also be sharing publishing responsibilities throughout the world. The Godfather: Family Dynasty mobile game is now live and available worldwide for download on the Apple App Store and Google Play.

In the game, players will enter the notorious criminal underworld of 1945 and become Don Vito Corleone’s devoted Underboss in this untold tale of money, power, and corruption. While fulfilling the role of second in command to the Godfather, the player will fight for the honor and respect in order to help the Corleone’s become the most powerful family in New York City.

“The Godfather has maintained cultural relevance for over 40 years,” said LeeAnne Stables, President of Worldwide Marketing Partnerships & Licensing for Paramount Pictures.  “We are excited for Hitcents and FT Games to translate this enduring franchise into a free-to-play strategy game for mobile devices for the first time.”

The Godfather: Family Dynasty mobile game combines real-time strategy with detailed RPG customization, providing users with endless entertaining gameplay. Engaging in treacherous mob skirmishes, building and developing vast estates, and joining up with allied forces will all be essential factors in the pursuit to become a dominant crime Family.

“Due to the amazing success we’ve seen from the soft launch of the game, as well as the overwhelmingly positive feedback from players, it goes without saying that we’ve been looking forward to this day with great anticipation and excitement,” said Clinton Mills, Co-Founder and CEO of Hitcents. “Sharing the Godfather mobile game with the world is an honor and a privilege.”

This year marks the 45th anniversary of one of the most celebrated entertainment franchises of all time. The Godfather trilogy has been honored with nine Academy Awards®, including “Best Picture” for each of the first two movie installments. Altogether, the films have accumulated over 20 Academy Award nominations to become one of the most critically acclaimed series in cinematic history.

Hitcents is an award-winning mobile app and game studio, offering a unique and powerful mix of creative ideas and cutting-edge development.  They are the creators of Draw A Stickman: Epic, winner of 5 Webby Awards, including 2013 Tablet Game of the Year.  In 2014, Hitcents partnered with Hollywood icon Tom Hanks to develop the Hanx Writer, which was the #1 iPad app in over 50 countries. Originally founded in 1999 as a software company by twin brothers, Chris and Clinton Mills, the company has grown from a small home office into a globally successful enterprise.  Headquartered in Bowling Green, KY, Hitcents also has offices in Los Angeles and San Francisco.

Feelingtouch is a young and creative mobile games studio, known for creating and publishing complicated strategy games to the global market. FT Games was chosen as the winner of Samsung’s App Challenge in 2014, and are also the creators of the Zombie Frontier series which has more than 80M downloads all over the world. FT Games’ current library of more than 40 titles have achieved over 300 million downloads worldwide. The company was founded in 2010 as a mobile games studio and is located in Hangzhou, China.