Hyper Gunsport is all about arcade action! Precision shooting and tight jumps! Clutch saves and epic slams! But the ONLY thing you can shoot is the ball!

At its core, Hyper Gunsport is a cooperatively competitive action game where the object is to shoot the ball into goals of varying difficulty, while the opposing team tries to do the same. Each time the ball crosses the net its point value goes up, so longer volleys mean bigger points and higher stakes.

A team is composed of two positions, a keeper and a striker. The keeper doesn't move, but can fire more frequently, and has a wider aiming range and shot radius - they're often used as defense. The striker can move and jump, but can take fewer shots, so they must be precise and must make them count. Will you burn shots and get aggressive, or set up an iron defense instead? The game encourages teamwork and competition by equal measures.

Each team also has its own special weapons which unlock with proficient play. These weapons require players to think on their feet and change the shape of the game. Tricky bounces, shots that detonate, different strategies abound.

Each arena is unique as well, with its own gimmicks, from goals that open and close or change point values, to moving nets, to unstable footing. If you've played games like Windjammers, Sportsfriends, IDARB, or Towerfall, you'll be in familiar territory.

Ultimately, Hyper Gunsport rewards precision shooting for the hardcore minded, but is also friendly to new players who just want to have a good time. The depth is there if you want it! 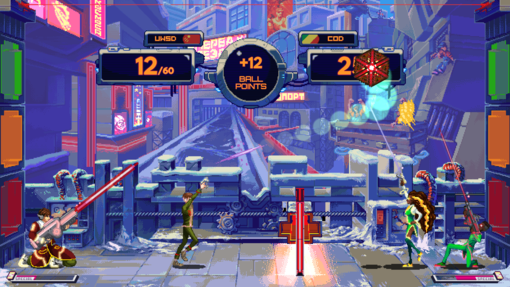 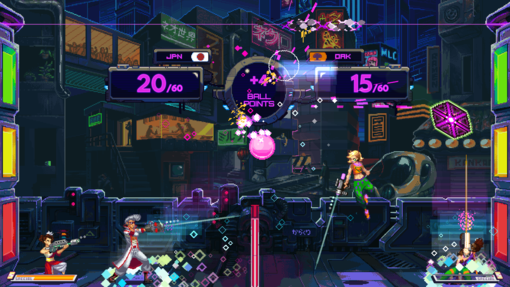 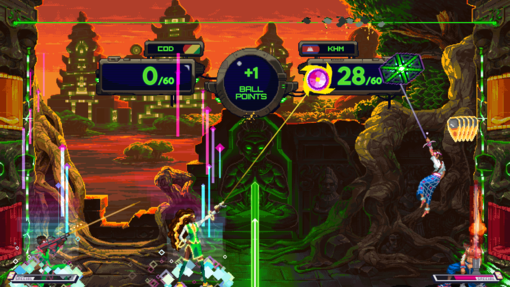 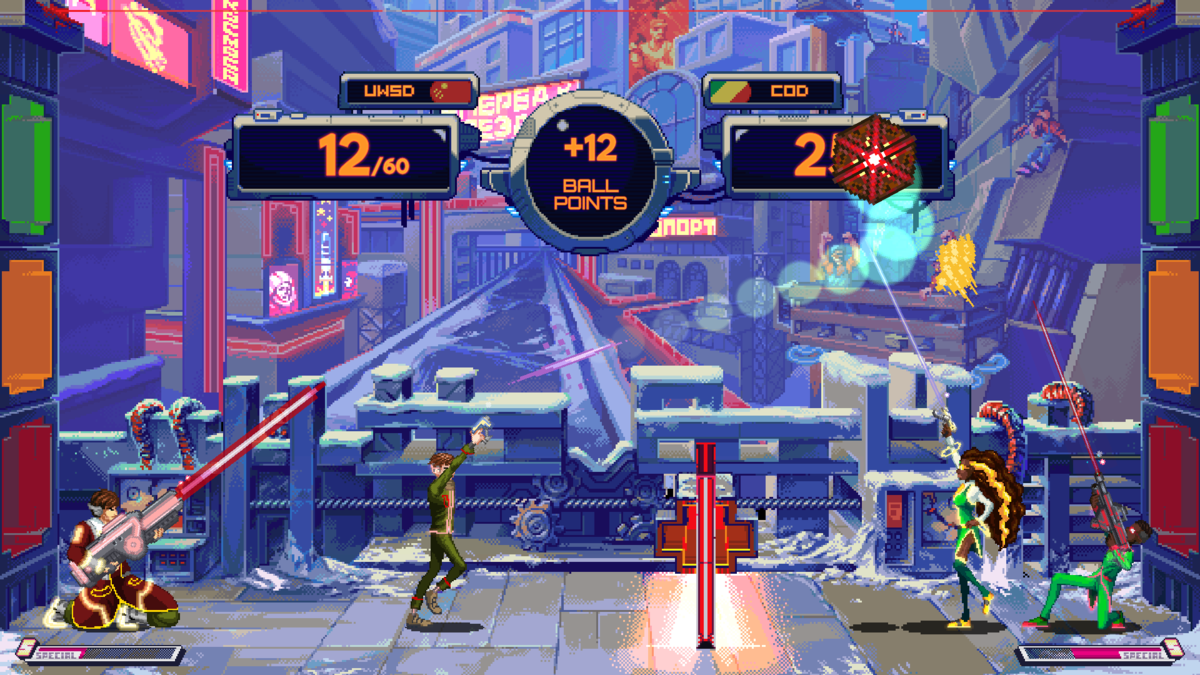 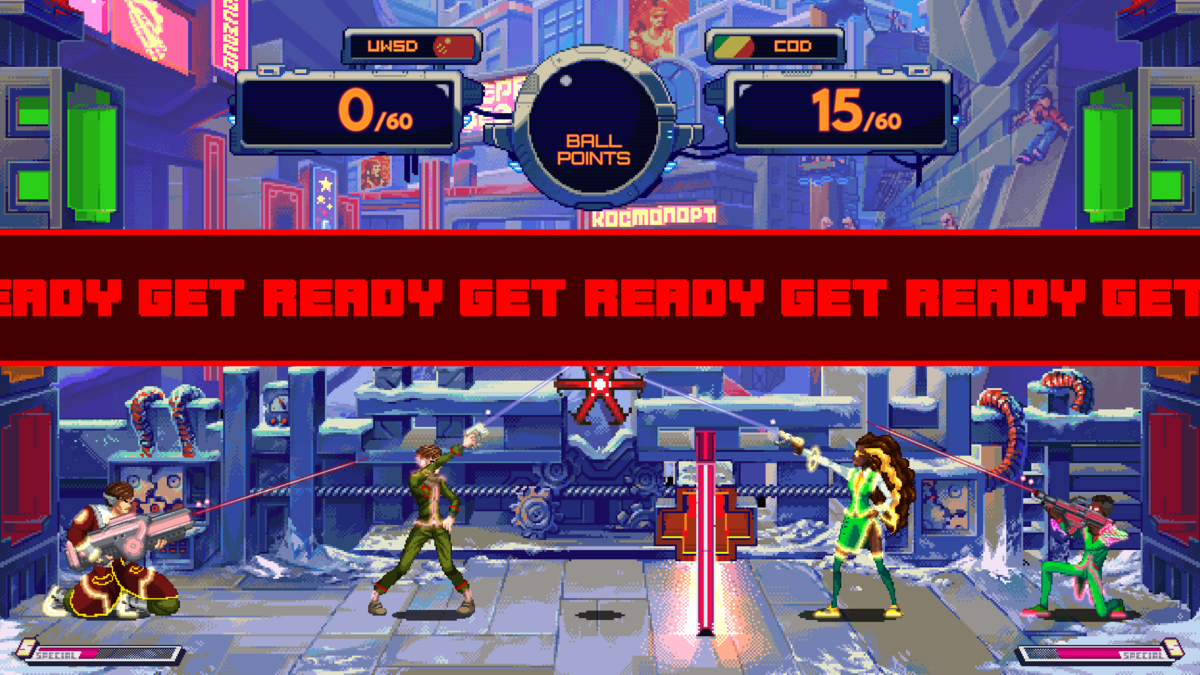 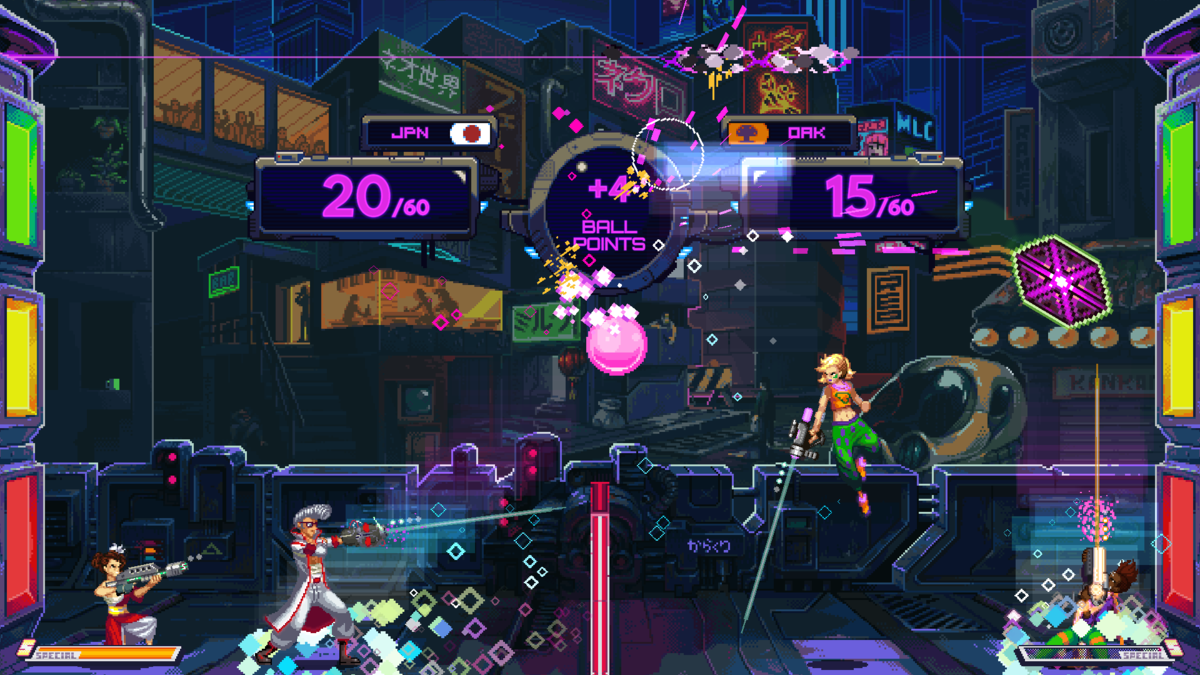 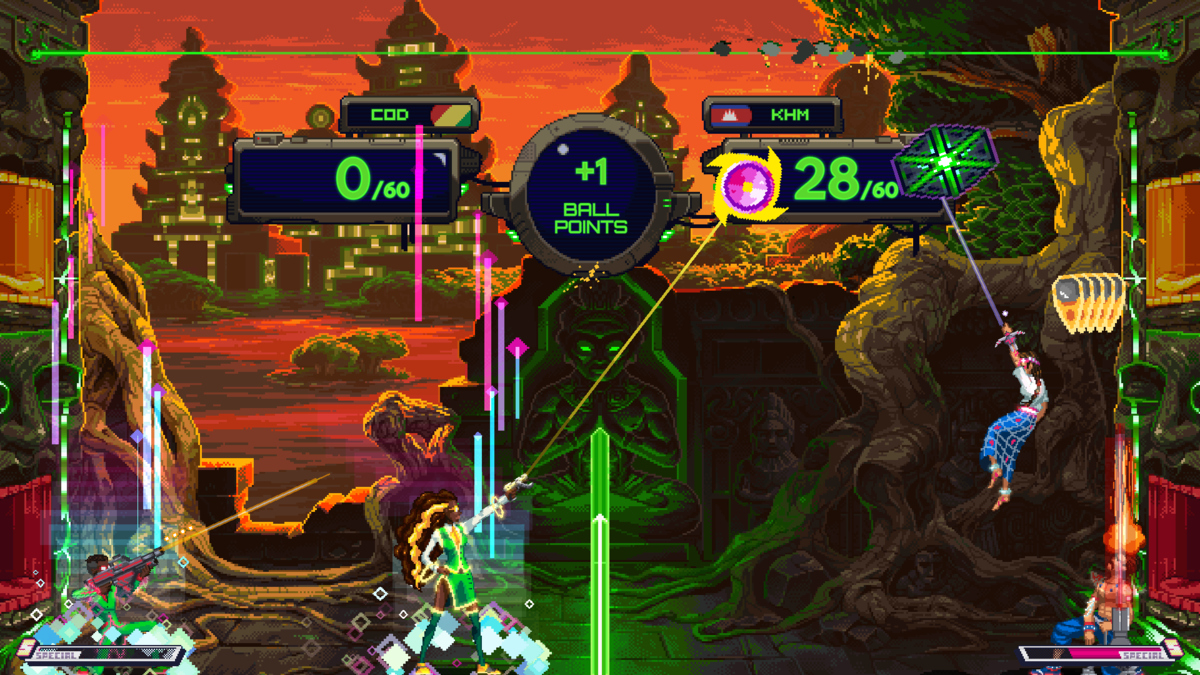